If everyone followed the rules, then nobody would optimize and there wouldn’t be any experts! Looks like some of you are guilty. Obviously, the idea is that we should avoid unnecessary optimization, not that we shouldn’t optimize at all. But when do we start thinking about performance? The original rule, which dates back to the book Principles of Program Design, gives a clue.

“Don’t do it yet — that is, not until you have a perfectly clear and unoptimized solution” Michael Jackson, 1975

The second half of the quote was dropped by future books, but maybe it shouldn’t have been - it’s good advice that’s still relevant 45 years later. Jackson’s foresight is amazing when you realize that computers in 1975 still used punch cards. Since punch cards don’t have a backspace, the term “perfectly clear solution” takes on a whole new meaning. These days, a punching error at work means criminal charges, not debugging, and the punch cards are in the computer history museum. 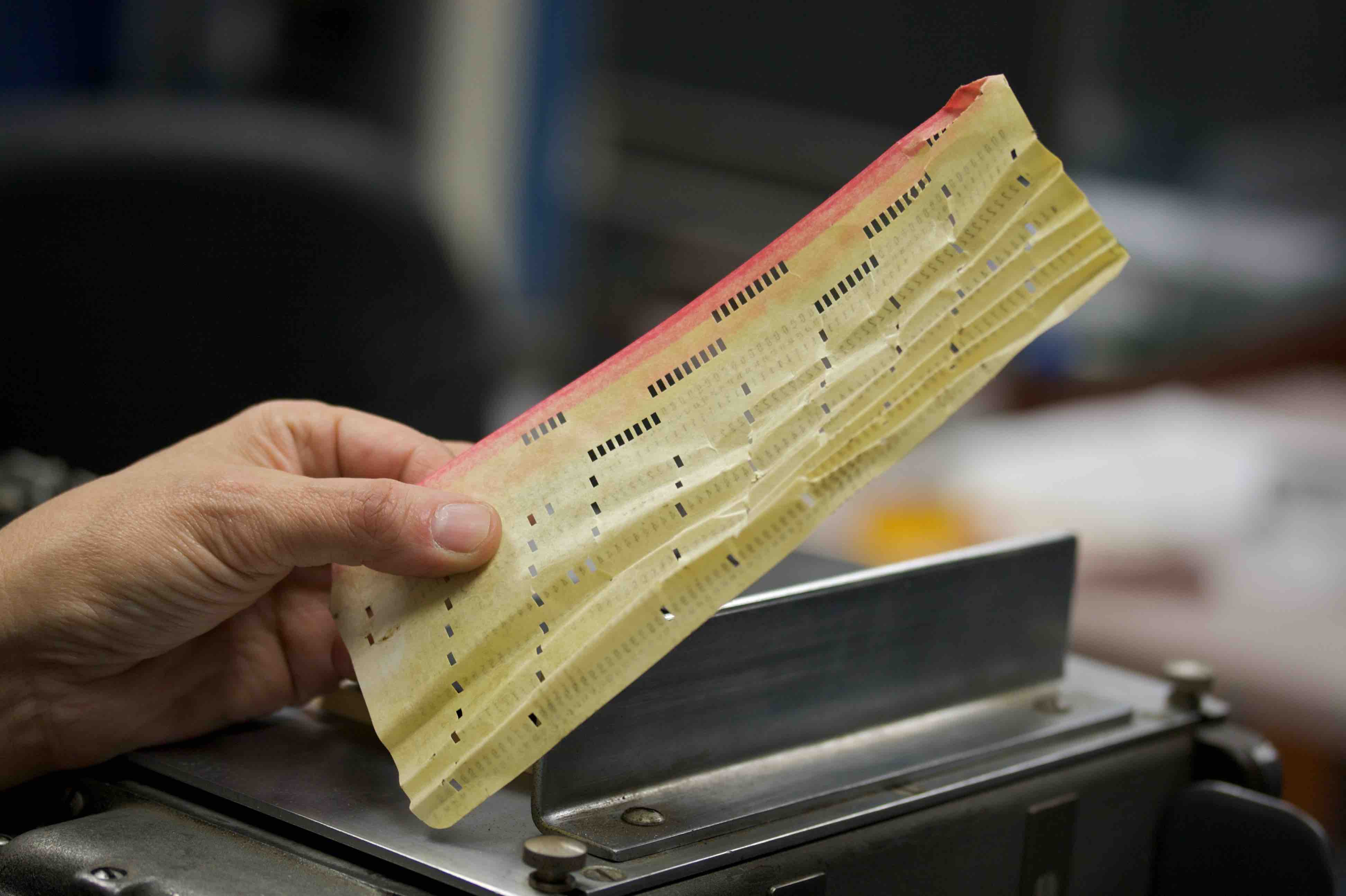 Our first priority is still to produce correct and maintainable code, but today we have powerful tools to measure performance and run tests. We can iterate faster and optimize earlier - but only with the right setup. Disclaimer: I work on computationally expensive problems in machine learning. I think this optimization checklist contains some good general guidelines, but I am biased by my environment. 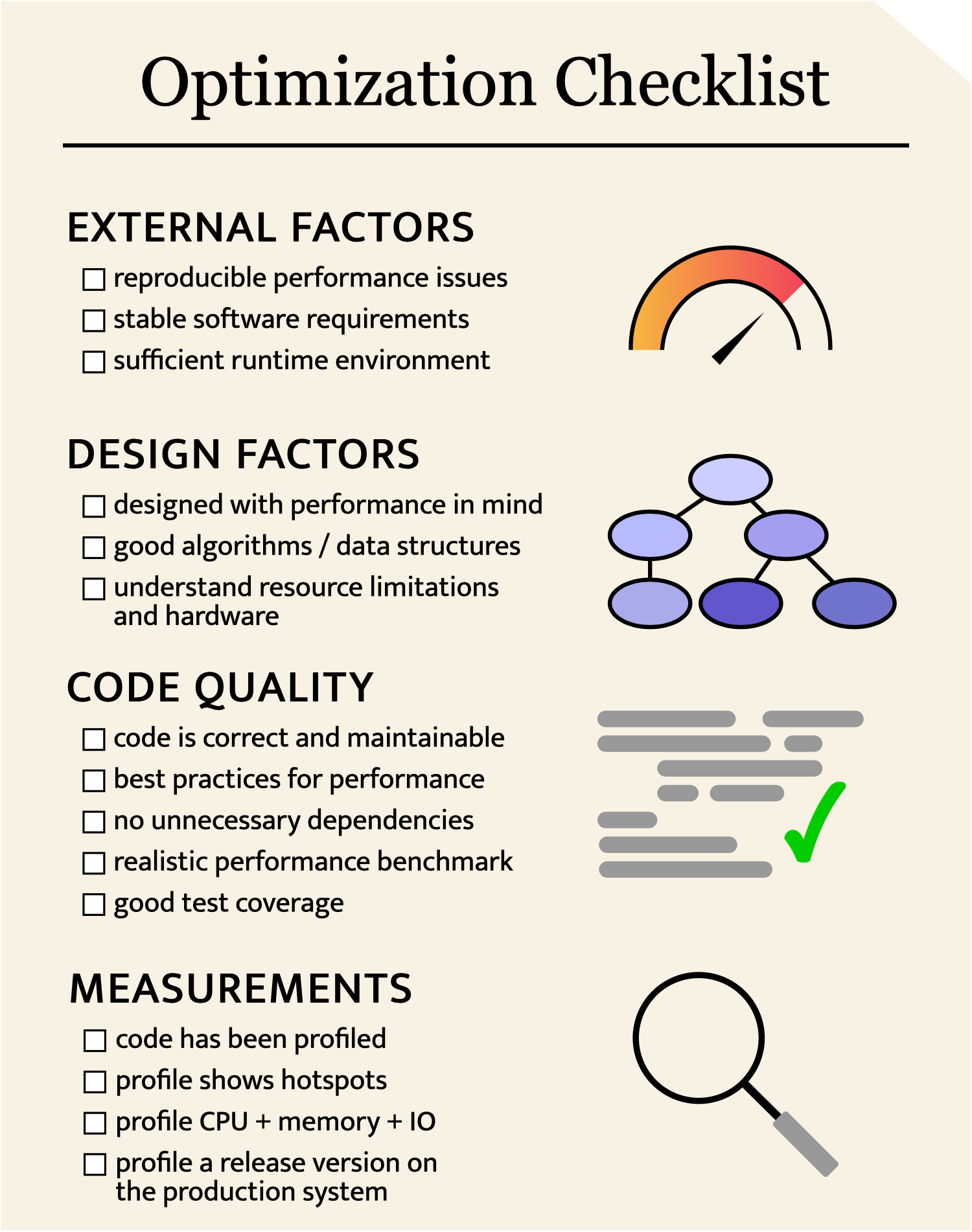 Do you need to optimize your code?

Sometimes, you can avoid optimization altogether by changing the design, using better algorithms, or modifying the production runtime.

Is your code ready to optimize?

Do you have the information you need?